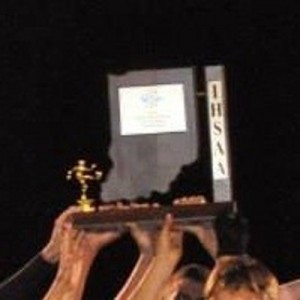 Coming off the first soccer sectional championship in the school’s history, the Oracles participated in their first regional semi-final against Eastern on Thursday evening at Peru. Delphi’s defense held strong throughout the match and the Oracle offense began to see more opportunities as the game progressed. It wasn’t until the final minute that the score was decided as the ball was pinged back and forth and ended up getting pushed out to the wing where an Eastern forward was able to finish. Senior goalkeeper Brayton Slifer recorded six saves on the evening. Slifer conceded only one goal in the three post-season games with 13 saves. Senior Henry Sandoval and junior Dean Hampton combined for an outstanding effort at the center back positions.

The Oracles end their 2014 campaign with a record of 7-10-1 overall. The team will be honored at Delphi’s sectional home football game on Friday, October 24th for its accomplishments. The program would like to extend its appreciation to the players for their hard work during the season and particularly the seniors for their quality leadership. Also, thank you to the parents for everything that you do that goes unnoticed but is a critical contribution to this program. A lot of credit should also be given to the school and fans for their incredible support throughout the season. What an amazing finale to the season.